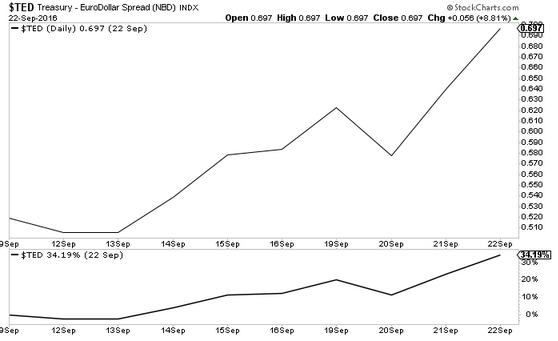 The TED spread can be used as an indicator of credit risk. This is because U.S. T-bills are considered risk free while the LIBOR rate reflects the credit risk of lending to commercial banks. As the TED spread increases, the risk of default (also known as counterparty risk) is considered to be increasing, and investors will have a preference for safe investments. As the spread decreases, the risk of default is considered to be decreasing.[1]